Herculaneum, a Roman town on the Bay of Naples, was destroyed in AD79 by the same catastrophic eruption of Vesuvius that buried nearby Pompeii. Long lost, this small town was only rediscovered in the early 18th century and initially explored through tunnels burrowed into the rock-hard volcanic sludge that had totally encased it.
Never before had a complete Roman town been found. Fine statues and paintings, dug out of the volcanic tufo,   quickly became celebrated museum exhibits. Visitors came on the Grand Tour and a craze for the ‘Herculaneum style’ swept through Europe. However when Pompeii was found in 1748 and then more easily dug out from under ashes and small stones, its fame quickly came to eclipse that of Herculaneum.
After two centuries of difficult and stop-start archaeological work Herculaneum remains still only partially excavated, and the site faces enormous conservation challenges. Yet it is one of the most evocative of Roman towns. Each year thousands of visitors walk its silent streets and explore the reconstructed houses, shops and public buildings of this open-air museum of Roman life.
This book, fully illustrated in colour, is a comprehensive and up-to-date presentation of the ancient town and its excavation history. Drawing widely upon both recent scholarship and original archival research, it includes chapters on:
How to buy this book:
In Australia and New Zealand though this website using the 'store tab  or email us: bookorders@ancienthistoryseminars.com                        $39.00 (includes postage)
Over the counter or on-line from Abbeys Bookshop 131 York St Sydney (opposite QVB) 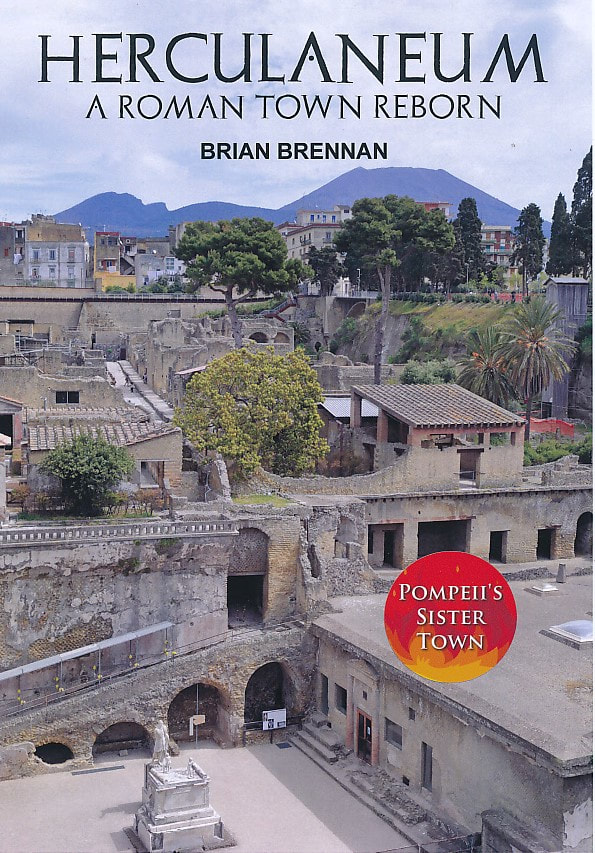 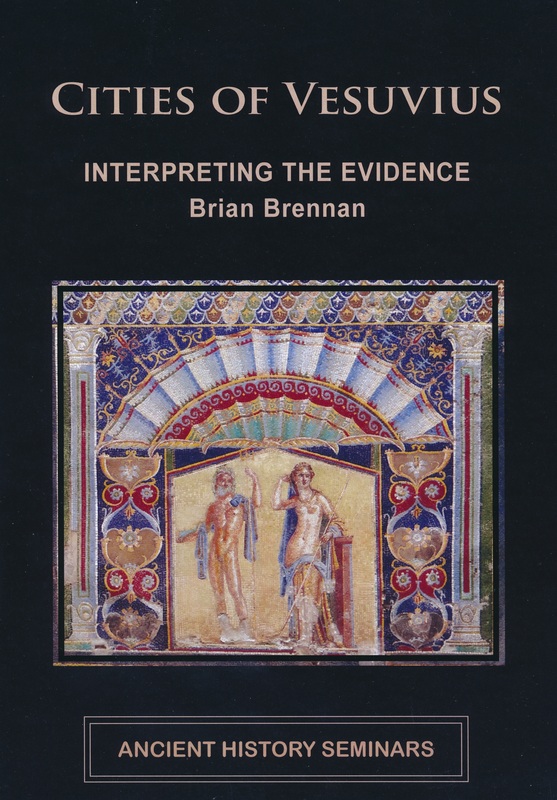 Cities of Vesuvius provides students with a comprehensive account of Pompeii and Herculaneum: social and political life in the towns, the 18th-19th century excavations, detailed discussions of modern scientific investigations and current conservation issues. There is considerable material on the study of human remains by Sara Bisel, Luigi Capasso, Estelle Lazer and Maciej and Renata Henneberg. Recent DNA studies also included.
Full colour. 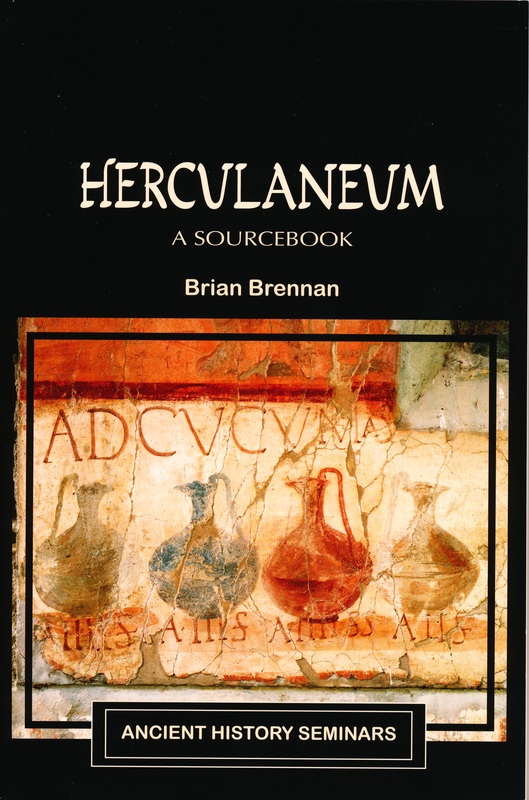 The written sources - documents, inscriptions, painted notices and graffiti - collected and translated into English in this  Herculaneum Sourcebook are the type of materials likely in appear in HSC-style exam questions.

Now you can teach your students using these ancient sources and also design assessment tasks for them that are built around the documentary evidence.

These carefully chosen sources give an insight into politics and public life, business and trade, religion and leisure in Herculaneum. Select ancient and modern documents detail the AD79 eruption of Vesuvius  and then the excavation and conservation of the town.

Richly illustrated with photos of the inscriptions and graffiti, maps and plans. 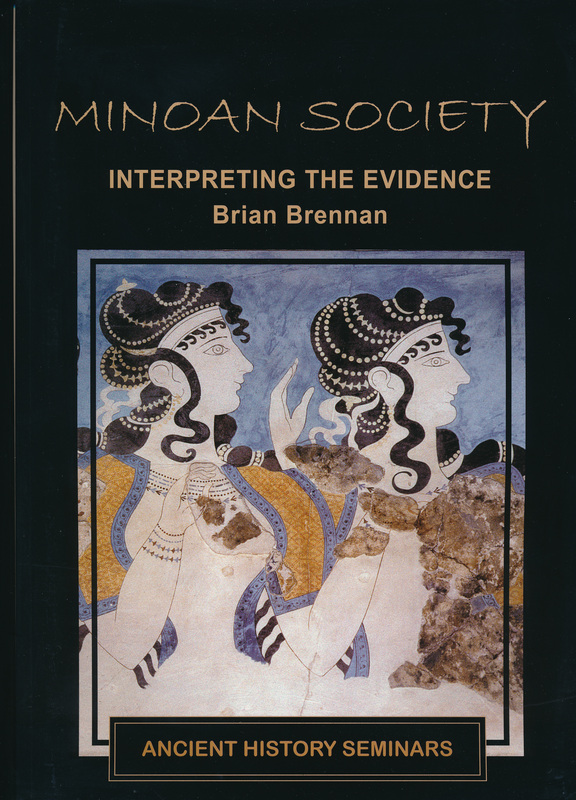 The "Minoans" were very much the creation of  the British archaeologist Sir Arthur Evans and for decades his views of "Minoan" Society dominated the world of Bronze Age scholarship.

In the past 30 years Evan's view of the Minoans as a happy and peaceful "flower-people" has been seriously challenged by modern scholarship.

This text compares and contrasts the "traditional" interpretations of those who follow Arthur Evans, and the critical work of modern scholars and archaeologists. It introduces students to the current debates and to a wide range of views and arguments. 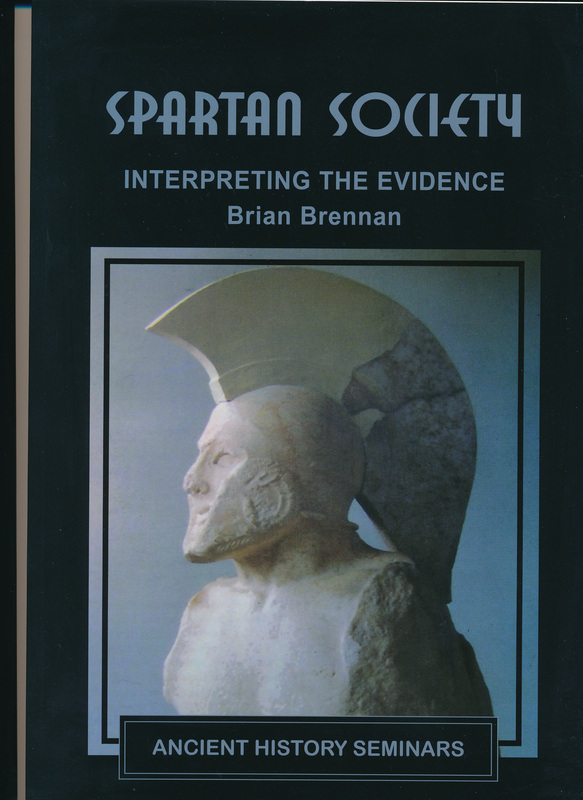 The popular image of a simple and austere soldier's life in barracks Sparta has been seriously questioned in the last 30 years. We now have a body of scholarship that contradicts a great deal of what the writer Plutarch, who lived in later Roman times, wrote about an idealised Spartan society.

This textbook highlights the early Spartan evidence for Spartiates (not just perioikoi) as potters, metalworkers, architects, traders and craftsmen. It shows how archaeology disproves much of Plutarch's information about Spartan burials. It discusses the Spartan army's weaknesses as well as it strengths, its significant losses as well as its famous victories. In short this text encourages students to think critically about a society that has been much misrepresented. 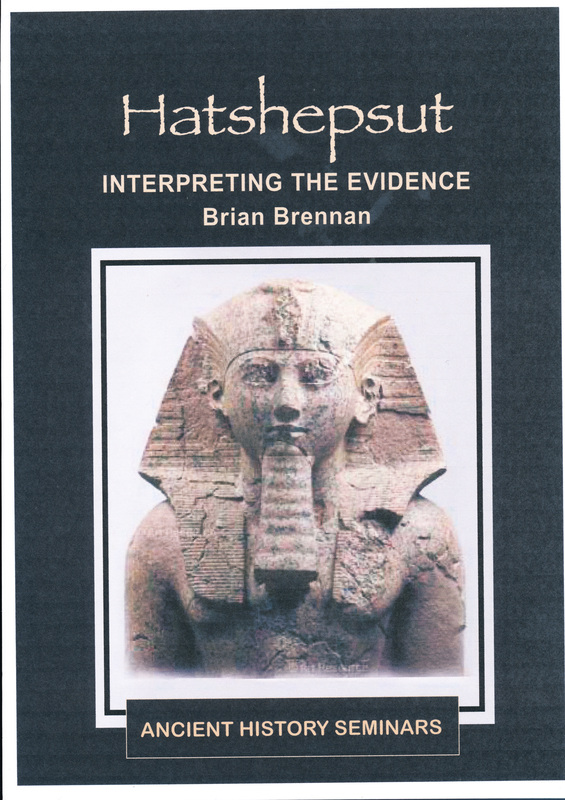 The female pharaoh Hatshepsut is an extremely popular choice in the 'Personalities' section of the HSC examination because she is interesting. However the standard of many examination responses is very low because students lack precise information and are unaware of the full range of modern interpretations of this enigmatic individual.

This text gives students direct access to excerpts from historians' writings about Hatshepsut from the 19th -21st century.

THIS BOOK IS NOW AVAILABLE  as an ebook on the Amazon Kindle website.    US$25

It can be downloaded to Kindles, Macs and PCs. Note: If you don't have a Kindle you can download the free App from Kindle that makes it easy to download this book to your computer. It will appear on Macs and PCs in full colour.


HSC  ANCIENT HISTORY STUDY GUIDE  ( 2019 )
This comprehensive HSC study guide provides students with ACCURATE INFORMATION in dot-point format and access to the LATEST SCHOLARLY INTERPRETATIONS of four key personalities - Hatshepsut, Akhenaten, Xerxes and Agrippina - to use in the exam.
Contains the most popular topics: Pompeii and Herculaneum; Minoan society; Spartan Society; Historical Period New Kingdom Egypt to the death of Thutmose IV; New Kingdom Egypt to the death of Ramesses II; The Greek World 500-440BC; The Augustan Age 44BC-AD14; The Julio-Claudians and the Roman Empire. 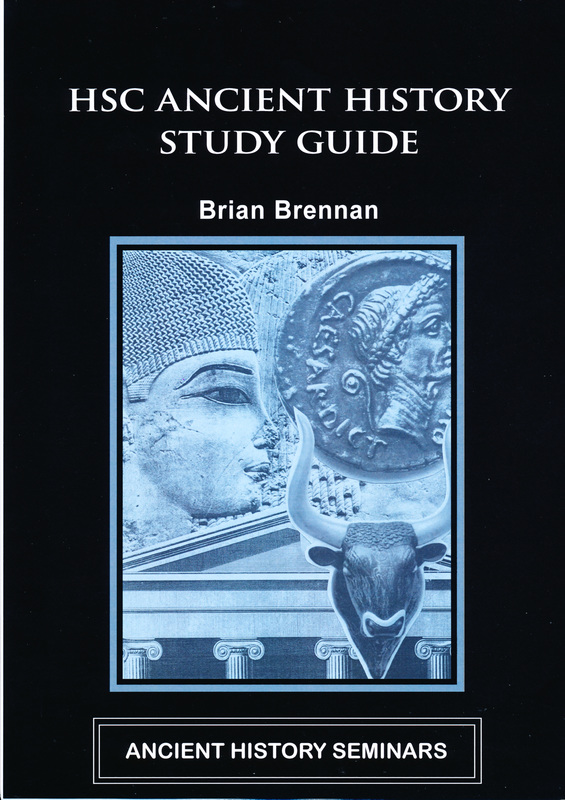